Eventhough this was not one of my chosen books for the challenge (Royal Reviews), I wanted to post a comment as the story was wonderful to read.

This is an absorbing story of Alais (sister of Phillipe of France and step daughter of Eleanor of Aquitaine. Alais had been bethrothed to Richard (the Lionheart) but caught the eye of King Henry and captured his heart.
In this story, Alais, has been living at the French court with her brother Phillipe and is feeling stifled with the life and intrigue of the Court.
A written request is received from Eleanor of Aquitaine, for Alais to travel to Canterbury in England and retrieve hidden letters that Eleanor had written to Thomas Beckett. If these letters fall into the wrong hands, the information they contain could bring down the English king, John.

Eleanor also hints that the child born to Henry and Alais, did not die at childbirth and she knows of his whereabouts.
This prompts Alais to undertake the journey to England and when she arrives, she realises that there is more to the story than she has been told.
While trying to retrieve the letters, which were hidden in the alter of the church at Canterbury, she is abducted by King John and his wife, Isabelle, and held at Sarum - the tower where King Henry had imprisoned Eleanor many years ago.
Her rescue comes by way of the Knights Templar, who are led by William of Caen, a childhood friend of Alais.
Something is taken from Alais while she is drugged - her prized possession of a jewel, given to her by Richard at their betrothal. This jewel had been created by an Arab poet, Omar Bn Al-Faridh. More mystery attached to this, as many people want to get possession.
To find out more, you should read this book.
Posted by burrum at 4:28 pm 1 comment: 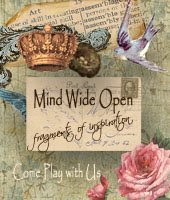